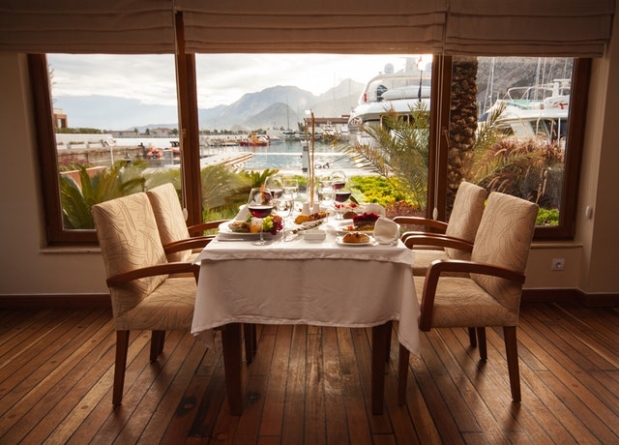 The family dinner table was once the hub of the home — but has this changed? In 2017, just over 20% of British families sat down to dinner together once or twice a week, and one in five had their ‘family meals’ in front of the TV.

Considering that the cost of eating out is apparently getting cheaper and becoming a popular social activity, are we becoming a nation that chooses a meal out over a home-cooked dinner? Designer and manufacturer of handmade kitchens, Harvey Jones, explores the trend for eating in and dining out…

Is the whole population choosing to dine out?

Even more than the Baby Boomers and Gen X, it’s Millennials that dine out the most, according to Business Insider. 53% of Millennials are said to eat out at least once a week, with The Independent also revealing that 16-24-year-olds spend more on food than any other age group.

Instagram’s influence has almost certainly played a part in the above figures. 87% of 18-29-year-olds actively use social media platforms — with Instagram averaging over 500 million active monthly users. It has now become the norm to snap your food before eating it, and making sure you have an Instagram worthy snap has become hugely popular. For the younger generation, have you even been out for food without taking a photo and Instagramming it?

Many from the Millennial generation consult Instagram to decide where to eat. According to research by Zizzi, 18-35-year-olds spend five whole days a year browsing food images on Instagram, and 30% would avoid a restaurant if their Instagram presence was weak — and if their food photos are poor. Some Millennials will only eat at a restaurant if they know they can snap a great food shot.

Who is opting for a home-made meal?

But that isn’t to say that many people don’t prefer home-cooked food and staying in for dinner. For families with young children, spending time together is vital for their development and building relationships in the family. Eating dinner together around the table is ideal for this and is said to encourage healthier food choices. In fact, a survey found that 9-14-year-olds that frequently eat dinner with their families consumed more fruit and vegetables, as well as less soda and fried foods. Figures also show that homemade meals can contain as much as 60% fewer calories than meals outside the home.

There’s also the health aspect to think about. Studies show that when we are presented with more food, we feel the need to eat more. Restaurant portions are continuously expanding, but by eating at home, you can control your portion sizes.

Interestingly, nearly three-quarters of teenagers think that the best part of dining as a family is chatting about their day and generally getting together. It’s important to make time to spend with your family to ensure healthier relationships between members.

Eating habits have also been altered by the popularity of TV cooking programmes, like The Great British Bake Off. We have become a nation obsessed with baking and cookery shows, which in turn, has contributed to a change in our kitchen habits. From Celebrity Master Chef to Come Dine With Me, baking and cooking have become ‘cool’ hobbies to have and these cookery programmes help boost our skills. 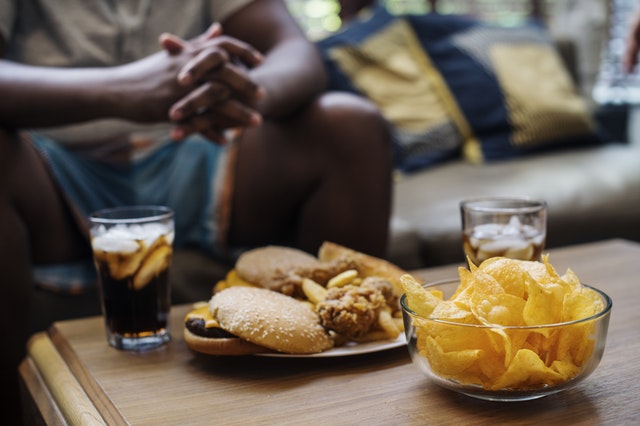 What are the price tags involved?

The rise of informal dining, chain restaurants and pop-up restaurants are steadily making eating out more affordable. But how does the price of eating out compare with eating in?

A three-course meal comes to about £28.59, excluding drinks and gratuity, according to food service experts, Horizons. But is this the same depending on where in the UK you eat? In central London, prices are likely to be significantly higher than prices in the North East. If you were to eat out five times a week, you would expect to pay on average £142.95 per person.

What about if you choose home-prepared meals instead? Dining at home, the average cost spent on food per week for 2.4 people sharing is £85.50 — a lot less than dining out. But, figures for supermarket produce are getting lower, too. Supermarkets now offer an array of money-saving recipes, often partnered with celebrity chefs. Families can no longer claim home cooking is too expensive for a family of four!

The race is on for supermarkets to offer low-cost, health-conscious food to encourage dining at home rather than heading out. Some supermarkets currently offer ‘feed four for under £10’ offers, which restaurants simply can’t compete with. These money-saving recipes encourage families to utilise their kitchens to their full potential and cook homemade meals instead of eating out or choosing ready meals and takeaways.