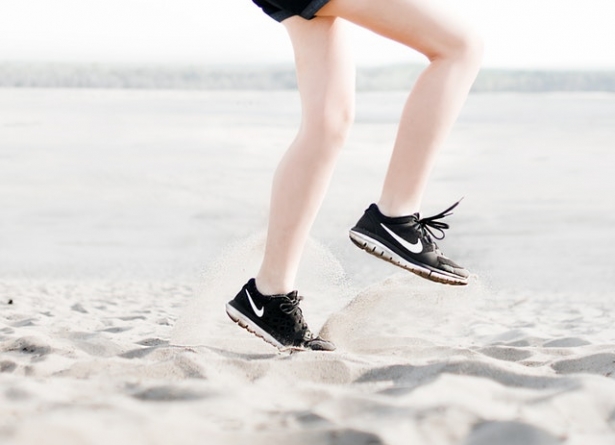 We’ve already seen some pretty ci-fi worthy advancements in the world of wearable tech, but what do we still have in store with us as things continue to develop as such a fast pace? It took a little time to gain traction, but now, 3D printing is exploding into every sector. We’re seeing 3D printed, well, everything. Toys, instruments, masks, props — there’s even talk of 3D printing human body parts. That’s right— not just prosthetics. Actual limbs.

We’ve teamed up with Frank Wright Shoes, an expert in footwear and supplier of a range of quality boots and shoes such as their black desert boots, to look at the latest innovations in 3D sport shoes, as well as other tech-wear associated with the sector. The technology for printing arms and legs is still a work-in-progress, but in the meantime, we’re seeing some already sci-fi worthy innovations from 3D printing, particularly with wearable 3D printed goodies.

Using the technology alongside 3D mapping and scanning will eventually allow for bespoke designs that will fit a wearer’s personal foot-based differences. This highlights that there are so many ways in which 3D printing is perfect for footwear and sports wear in general. For starters, using 3D printing for prototyping and design cuts down the prototyping process.

The very nature of 3D printing means that designs have even more scope too — according to Sculpteo, the technique allows for more “organic structures” in footwear design than a traditional process can do. Not only does this allow for shoes to be structured to the wearer, but it opens up all sorts of creative avenues for shoes!

Running shoes – Can they be 3D printed?

Nike revealed a world first in April 2018 ; a pair of running shoes whose uppers were entirely 3D printed. The trainers were used by Keynan runner Eliud Kipchoge in the London Marathon this year, and they must have been comfy because he came first in the marathon. The shoe was designed based on the runner’s gait and foot form, resulting in a shoe that was quite literally a perfect fit. Nike also noted that the prototype process was far swifter than usual; the process was 16 times quicker, in fact.

Reebok produced a pair of sports shoes called the Liquid Speed Shoes which was a far different design to Nike’s creation. Instead of the uppers being printed, the shoe has a “frame” printed through a BASF-created liquid. The frame is applied directly onto the trainer, resulting in a distinct, looping frame around the bottom and sides of the shoes. The frame is touted to make for a more comfortable fit, as well a high rebound when the sole of the shoe hits the ground.

Adidas announced that they had created a 4D trainer highlighting that a new innovation may just be round the corner. How the shoe has harnessed the fourth dimension, we’re not yet sure — according to reports, Adidas notes the shoe uses “digital light projection” and “oxygen-permeable optics” in its creation.

The Royal Opera House reportedly uses a whopping 12,000 pairs of ballet shoes per season! The shoes don’t last long once the material at the toe wears away and exposes the toe box, and Dezeen notes traditional ballet shoes last around 10 hours.

Making ballet shoes has remained a rigidly traditional process. But while there’s a certain beauty to the craft, it would be difficult to say that it’s the most efficient, or even that it produces a fantastic product. 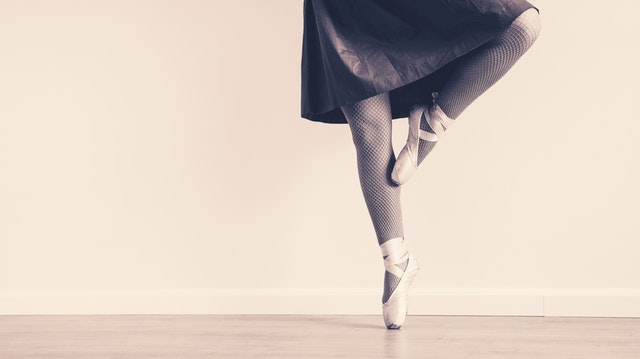 The above highlights that if anything is due an upgrade in the sporting world, it’s the traditional ballet shoe. Designer Hadar Neeman took the lead and did just that, after seeing her dancer friends suffering foot injuries from practicing their art. With the aim of improving a ballet dancer’s quality of life, Neeman has developed a method in which the dancer’s foot is scanned (via a mobile app), and the foot-map transferred to a computer. From here, a sole is printed as a lightweight structure that curves to the dancer’s unique foot contours, with the fabric upper fixed. Finally, the tip of the shoe is cut using a shoemaker’s last that Neeman developed specifically for the project, named P-rouette.

The shoe needs to be lightweight. Thanks to 3D printing, the shoes can be made both sturdy and lightweight. Much like the 3D printed running shoes, 3D printed volleyball shoes allow for similar levels of innovation and user-specific designs. According to 3ders, Chinese company Peak Sport have manufactured the printed volleyball shoe with an emphasis on cushioning and flexibility. Due to the nature of volleyball, players are required to jump frequently and quickly to respond to the strike of a ball, so cushioning is vital for both an optimum jump — as well as to protect the player’s foot.

Your mind might leap to high-end digital, futuristic designs when you think of advancements in sports technology. But sometimes, the simplest upgrades have the biggest benefits.

Mouthguards are a staple part of many sports, but now they’ve been given an extra purpose thanks to 3D-printing. Hydra-Guard is a 3D-printed mouthguard with an added pouch located in the roof plate of the guard. The refillable pouch can hold 0.6 oz of liquid, and when the athlete needs a quick drink during practice or a workout, all they need to do is suck on the mouthguard.

What’s next for sportswear, with the use of 3D-printing opening up so many possibilities? Not only will it be exciting to see what innovations are yet to come, it will also be interesting to see how sports rules at professional levels adapt to keep the playing field fair when apparel is being developed to help us be quicker or better-equipped to handle exhaustion.