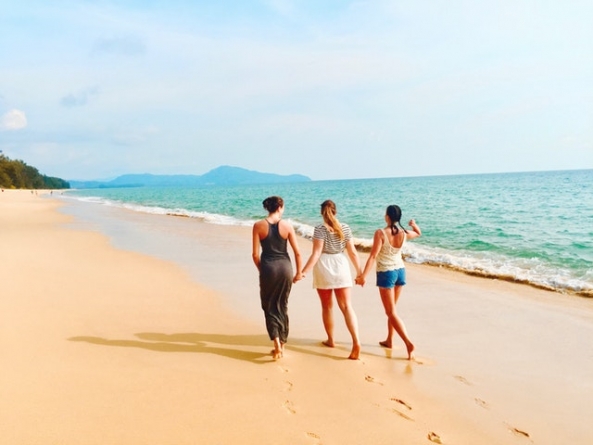 Usually, the headlines are full of stern warnings of how the UK isn’t moving enough. It’s good news to hear then, that there are more British runners and joggers than ever before. In 2014-2015, 20,000 people took part in running events in England, but in 2015-2016, this had risen to 29,100 people. It’s hardly surprising – after all, it’s a pretty common sight these days to see runners and joggers out on the street, especially when the sun is out! Maybe you’re even out there yourself some days. But have you ever tried running in a different environment? It doesn’t all have to be treadmills and tarmac.

There’re so many terrains you can train on, each offering a unique benefit to your running work out, as well as a new setting to enjoy travelling through. In this article, mulches retailer Compost Direct casts an expert eye on the ground at our feet to tell you how different terrains will change your training.

A day at the beach

When you were a kid, the first thing on the list of things to do at the beach was to dive into the sea. Waiting for your parents to finish setting up the parasol and towels so one of them could come with you to splash in the ocean, it’s no wonder many of us took off running through the sand to get into the cool water as soon as possible!

You might remember that sensation of trying to run in the sand, with grains slipping underfoot. It’s certainly difficult to say the least. And you can channel that added difficulty into your running training. The Running Bug advises that running on sand makes you burn around 30% more calories than running on the path. This is because you have to compensate for the sand sinking beneath your feet! Plus, the beach terrain can be a little unpredictable; get ready to jump over whatever the tide has pulled ashore, or push yourself up the sand dunes! The site also recommends running barefoot in the sand, because you not only reduce the pressure on your lower joints, but you improve your foot muscles and calf strength.

Remember that all new training methods need to be built up slowly. Run Britain advises any wannabe-beach runners to add sand-running to their regime gradually or risk an Achilles tendon injury.

Running on grass can be a great way to lessen the impact of running, while also changing up your location a bit! The turf will offer a softer surface than concrete or tarmac, which means your joints aren’t going to be hit had hard. Plus, it’s great for improving your balance, says Triathlete.

Like sand, grass is a little harder to run on. As a result, you’ll be giving your smaller foot muscles a good workout.

Also, like sand-running, you shouldn’t overdo it when trying out grass-running. Incorporate it gently and gradually into your regime. Also, don’t expect to hit the same times on grass that you would on the roads — running on the uneven ground will impact your speed and times, so don’t let it dishearten you. This is about building strength, not speed.

Dashing through the snow 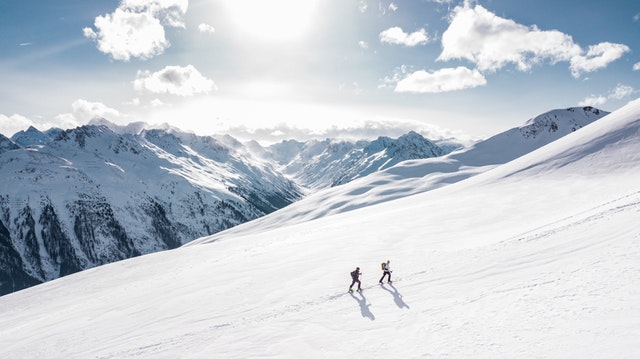 Don’t let the winter weather give you the blues. The snow is just another terrain to change up your training, and when approached carefully, it can offer great benefits. Plus, as Athletics Weekly rightly points out, if your running regime is more than a hobby, you might be taking part in some cross-country races. Cross country season for the UK is usually in the colder months, so it’s best to be prepare for any eventuality.

Yes, the cold weather will slow you down, but that’s the benefit of this terrain, says Training Peaks. Your body has a chance to rest, without losing strength. Running on snow is a challenge and requires more strength and effort than running on a clear path. You have to slow down to build that strength, and also to avoid slipping!

As an added bonus, the cold conditions will force your body to work harder to keep your temperature up. So, you’re getting an extra burn just for being outside! Make sure you are wearing the right kit for snow-running, stay safe, and embrace the benefits of the cold.

Running and bathing in the forest

Running through a woodland or forest is a refreshing, reviving experience. Like sand and grass-running, the uneven ground will force you to use different muscle groups than regular tarmac-running. And, like on the beach, the elements of nature will add an unpredictable spin to your route, meaning you’ll have to overcome surprise obstacles along the path.

It is said that just spending time disconnected from technology and surrounded by the natural land is beneficial to your overall health. In Japan, the act of “forest bathing”, or shinrin-yoku, is very popular as a wellness activity. The idea is that being out in nature, breathing in fresh forest air, and simply being away from concrete, cars, and city noises helps to reduce stress and lower your blood pressure.

If you’re looking for a form of training to help your balance, trail running through the woods is a great shout. You’ll also encounter a few different terrains, such as mud, grass, or sand, which will force your legs to work harder. Running through the forest has so many benefits, you’ll want to give it a try!

Which of these terrains will you be trying to run on? Do you fancy a sun-bathed beach run, or a nature-empowered sprint through the forest?