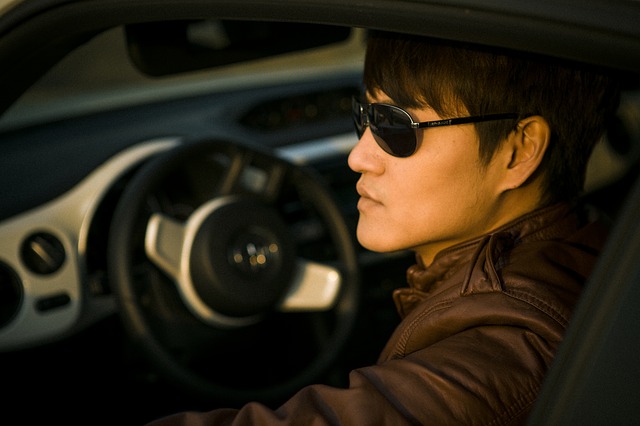 As the timepiece that underpinned six manned space expeditions, the Omega Speedmaster series holds the bar high in historical and significant timepieces. Making it to the moon and back is a big feat for a human, let alone a watch – but that’s exactly what this series has done and is known for, with the Speedmaster ref. CK 2998 officially holding the title of ‘first watch in space’. 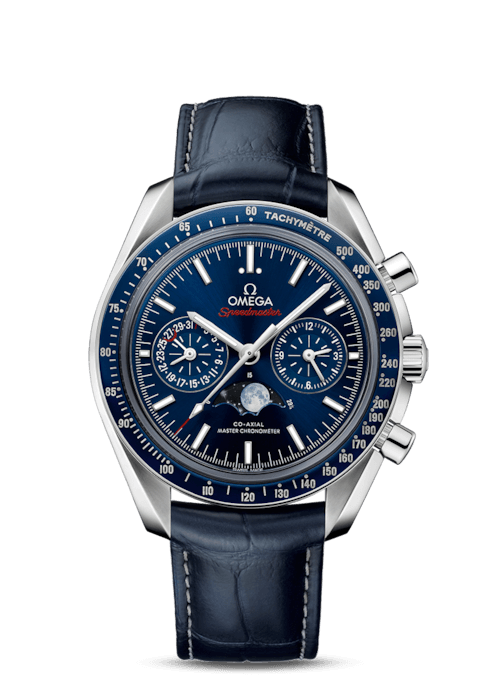 Ironically, it’s wearer, Walter Schirra, bought and wore the watch for his own personal taste, but the Speedmaster was officially certified by NASA for all manned space missions and has made its mark in history through this name.

Chronographs were extremely rare when the Speedmaster name was launched in 1957, as they were extremely complex and detailed devices, mainly used for intricate calculations, timings and scientific studies. Therefore, original chronograph Speedmasters are highly sought after, and pricey.

At the time of the Speedmaster’s launch, fashion and time-telling watches were simple, one-faced designs which simply told the current time and no other information, whereas the Speedmaster contained multiple dials to show a range of information, as well as a stopwatch function.

Rather than being designed for space travel, chronographs were introduced to assist in timing horse races because they allowed the wearer to use it as a stopwatch – although, in the early days, chronographs were less like watches and more like overgrown pocket watches – large in frame, clumsy-looking and not suitable for wearing on the wrist by any means.

In 1957, Omega took inspiration from these early designs to create what would become the first chronograph which could be worn on the wrist. At this time, Omega held the title of ‘Olympic Games Official Timekeeper’ so it makes sense that they would be the first to implement timing technology into conveniently-sized timepieces. 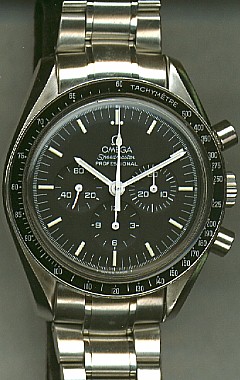 Early Speedmaster models have different hands and bezels to their more modern counterparts. But it’s the smaller details that really give away which model is which. Early Speedmaster models are easily identified as the ‘O’ in ‘omega’ is shaped like an oval on its side, this is a design which altered in later years, and as such, is used as a sign of authenticity and to date pieces.

Top Tip: If you are considering buying a historical pre-owned Omega Speedmaster, authenticity is very important.  The best way to ensure your watch is authentic is to use a site like Chronoexpert, they have a team of authenticators who check every watch in their inventory to ensure your investment is safe.

Whilst modern watches tend to be quite big, the Speedmaster has a tidy face and neatly arranged features. The three sub-dials are proportioned to complement the centred logo and off-set fonts used to describe the model and brand.

The main hands are designed to be easily visible, for quick time-telling reference, but not obnoxiously so as to obscure the sub-dial hands. This is due to the chronograph’s original intent as a scientific piece of equipment, for which accuracy and the ability to see the dials with ease would be necessary.

The first Speedmaster model, the reference CK 2915, was powered by the Omega Calibre 321 movement. This watch established the 12-hour, triple-register chronograph layout, domed Plexiglas crystal, and simple, high-contrast index markers as the hallmarks of the Speedmaster series.

This model however featured the broad hands which made viewing the sub-dials difficult, feedback which resulted in smaller, less invasive hands being introduced in later models. The CK 2998 model was released in 1959, followed by the 2998-2, which featured a tachymeter 500 bezel and alpha hands.

The model was once again updated in 1963 with reference ST 105.002, which also had alpha hands, but less than a year later, reference ST 105.003 was released with straight baton hands. The ST 105.012, the first to boast the ‘professional’ branding on the face had an asymmetrical case designed to protect the chronograph pushers.

All early Speedmasters used the same Calibre 321 movement, including the ones used on the Apollo missions. This was replaced in 1968 when the Calibre 861 movement was introduced. This new movement was used in the “Moon watch”.

So, what do you think?  Have you ever heard of this watch before – tempted?