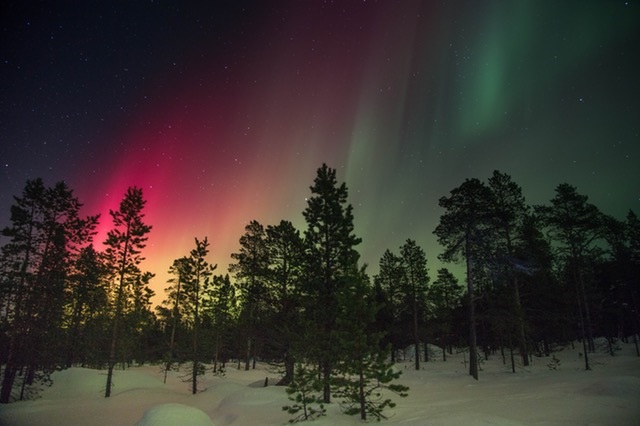 Viewing the Northern Lights, or Aurora Borealis should be on every traveller’s bucket list. The Northern Lights is one of nature’s most spectacular phenomena, attracting travellers far and wide hoping to catch a glimpse of its colourful curtains of light. Viewing the Northern Lights is possible in various locations around the world. The best viewing conditions are nights that are cold, crisp, clear and cloudless with little light, with the spectacular light show lasting anything from a couple of minutes to several days. If you are planning interested in catching nature’s very own light show, here are our top recommended locations to do so.

Alaska’s location means that you are almost guaranteed to catch some sort of light display. For best results, it is advised to move further away from the city lights of Fairbanks to the wilderness areas of Denali, Anchorage and Yukon Territory.

Denmark is one of the best locations to view the Northern Lights. The differences in altitudes and gases make the region perfect to spot the variety of colours created, although green is still the most common aurora in these parts. All the islands in the archipelago are great for catching the light display, with even the stormy British Isles clearing up on occasion to let some light shine through.

While the stormy, foggy weather in the British Isles is not often considered the best conditions to view the Northern Lights, there are rare occasions in the north of Scotland when the fog lifts and you get a chance to witness the display. For the best opportunities, visit Aberdeen, the Northern Highlands, the Isle of Skye and Dunnet Head. 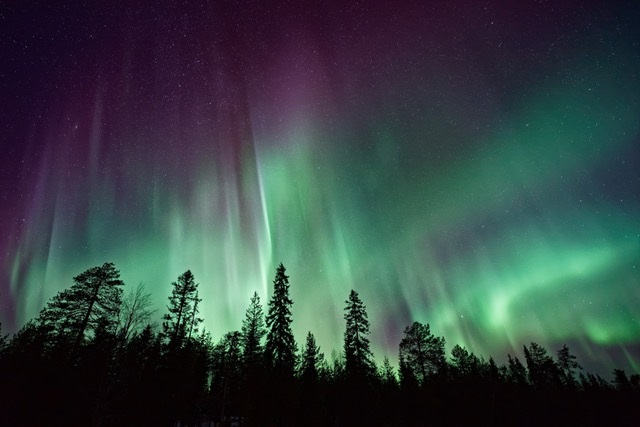 The areas around Lake Superior and Calgary are prime Aurora Borealis viewing spots in Canada. Whitehorse within the Yukon Territory is where you can see the swirling lights and glowing sky in all its glory, while the Canadian wilderness also offers breathtaking displays.

Greenland is one of the most popular destinations to view the Northern Lights, as you are able to spot some of the beauty from most parts of the country, particularly Kulusuk and Ammassalik.

Finland is another top destination for Northern Light spotting, where you are bound to catch a glimpse of the action from numerous locations throughout the country, including Utsjoki, Nellim, Luosto, Kakslauttanen. 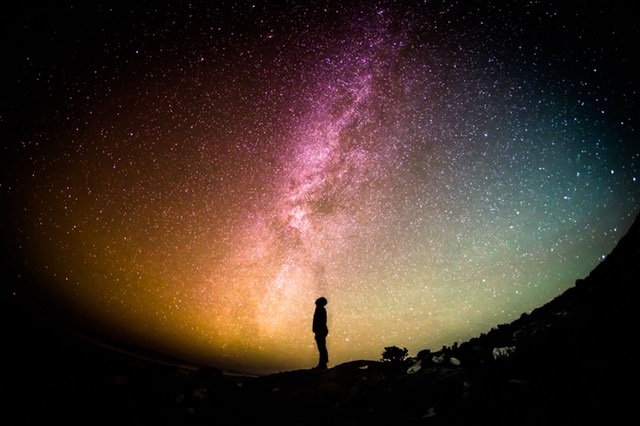 Iceland is the ideal spot for viewing the Aurora Borealis, and possibly the most famous. Travellers looking for the ultimate experience should head to the Þingvellir National Park—a UNESCO Heritage Site, where the clear night sky and optimal weather conditions provide front row seats. But if this region is not on your itinerary, the Northern Lights can actually be seen throughout the country.

Norway’s location above the Arctic Circle makes it a prime destination as it falls within the Northern Lights zone. Witness the glowing lights from many corners of the country, including the city while those who prefer a more unique approach can join a Spitsbergen cruise and view the Northern Lights from the deck.

The area around Abisko in Sweden is proven to be one of the world’s prime viewing spot thanks to its unique micro-climate. The dark night sky is perfect for sky viewing, forming a stunning juxtaposition of colour.

Travellers in Northern Russia may get a glimpse of the Aurora Borealis. The town of Murmansk is a popular base for intrepid travellers looking for a unique experience who can handle the below freezing temperatures of a Siberian winter.